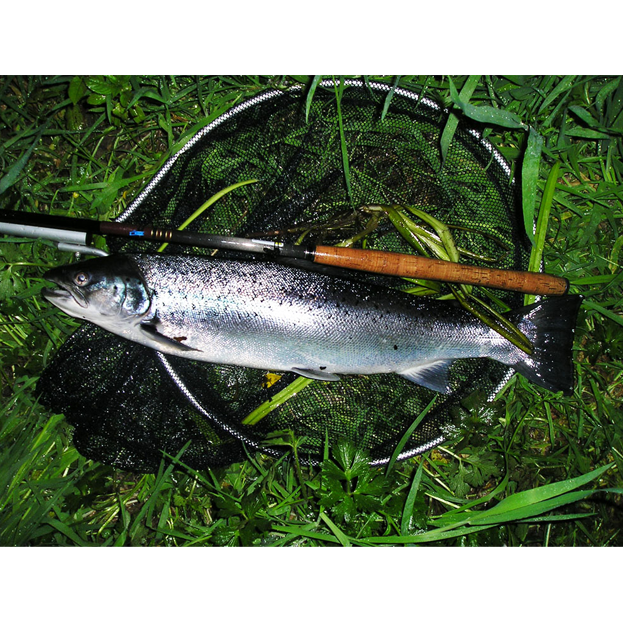 The fish are (at last) up in numbers. With the recent warm nights anglers are having good sport on the fly at night.

Last Wednesday night I had 3 sewin up to about 2lb in the Mill area. A (Jinks) Jenkins had a cracker of about 3lb plus we both had numerous takes and lost a few. The rain came and Sunday was excellent, I landed a salmon, turned another, had a few follows from sewin and had brown trout up to 2lb on Rapala below St Catherines Bridge.

Jinks had a salmon of about 8lb below Treffgarne Bridge and a couple of sewin. Adrian Batty had a sewin above St Catherines Bridge and 3 more down at Red Hill. Steve Evans had a sewin in the Gorgon and saw a lot down on the flats chasing his spinner. Dave Evans had a fantastic sewin over 8lb in the bridge pool above the Gorgon. Carl Lowndes lost a sewin of over 4lb at the net in the Halt pool in Wolfscastle.

There have also been reports of fish between Bridge 14 and Nant-y-Coy bends (if you can fight through the jungle). It did seem that everyone who went out this week either caught or saw fish from the start of beat 1 to the top of beat 3 on the Western Cleddau. Fish have also been caught on our stretch at Llawhaden on the Eastern Cleddau. Nigel Mayhew has had 3 on the fly at night. One visiting angler on a day ticket caught his first ever sewin on a Rapala below the Keeper’s pool.